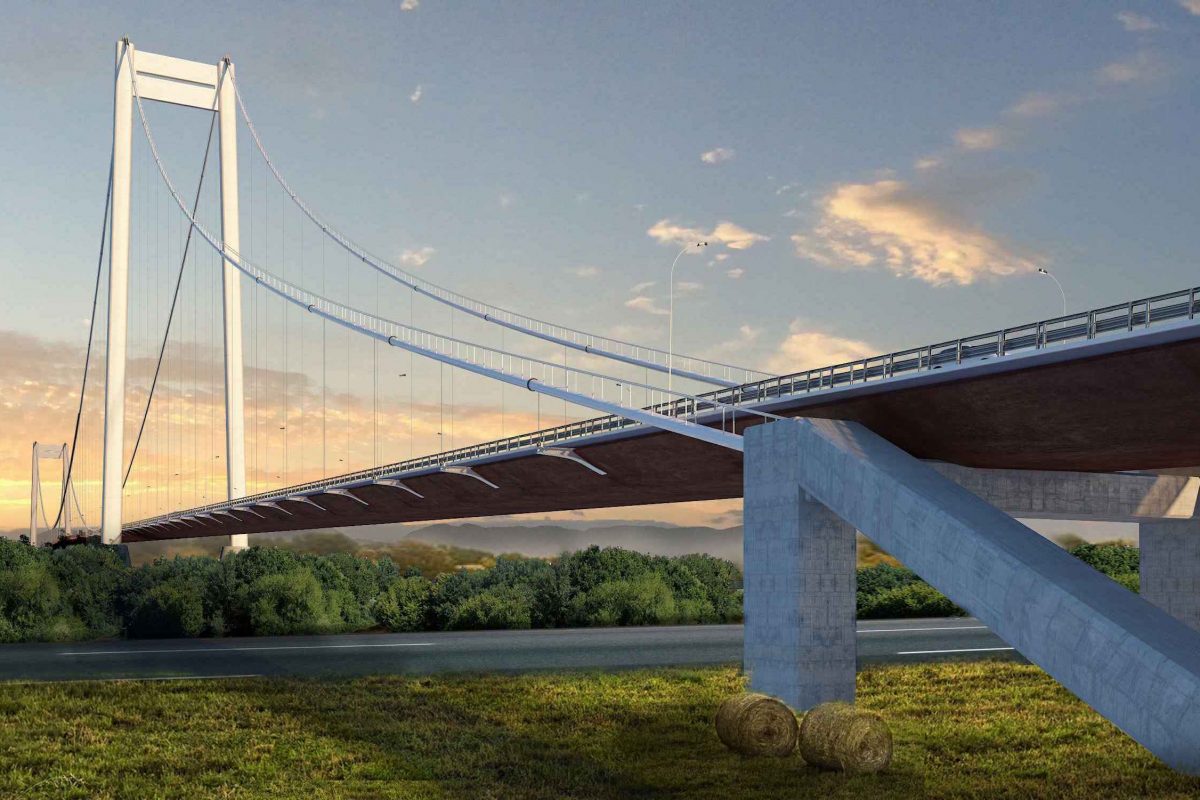 Rome, 7 August 2020 – ISOLFIN®, a leader in providing services to petrochemicals, shipbuilding, refining, and energy groups, announces that it has closed two contracts in major strategic and infrastructural European yards.

The first contract will provide painting services and anti-corrosive treatments for the construction of a bridge over the Danube in Brăila, Romania, the largest suspension bridge currently under construction in the world, 2km long and 1.1km wide. The yard employs 200 people and 20,000 tons of steel and it will be the third largest in Europe. ISOLFIN® is supporting Fincantieri in this global project of high strategic value for the entire region of Eastern Europe, whose total cost of € 433 million is co-financed by the government of Romania and the European Union.

The second contract concerns insulation work on ships under construction at the Tulcea shipyard in Romania. The ship currently under construction is a Viking Expeditions Cruise, flagship of the fleet for the North Seas, which will be followed by five other polar vessels in the coming years, for a total budget of approximately 1.75 billion Euro. The Tulcea shipyard employs more than 4000 people, mostly locally hired and trained staff with the aim of reinforcing this large European naval hub with highly a specialized workforce.

These contracts will be added to the ISOLFIN® portfolio, also a protagonist on major Italian construction sites, which includes the painting of the newly inaugurated MOSE in Venice, the isolation and insulation of the new ENEL power plant in Fusina, and the completion of the ten-year maintenance activities, so-called Turn Around, of the Saras Refinery in Cagliari completed in the middle of a sanitary emergency without stopping work or suspensions.

“These new contracts confirm ISOLFIN’s role as a leader in European anti-corrosion and passive fire protection services, and now the only supplier of all the major manufacturers on the continent: Fincantieri, Vard, and Chantiers de l’Atlantique.

We went through the difficult months of lockdown with determination, knowing we had to have maximum flexibility, and the know-how to reorganize projects and construction sites according to the directives dictated by the pandemic. Thanks to our commitment, we minimized project delays and, with careful planning, have rolled up our sleeves toward a speedy recovery. Today we are back in full swing and our construction sites are again up and running. We are proud to be able to contribute to impressive infrastructure projects that will help the European economy recover.”

For additional information contact our press office at ISOLFIN®: by email at press@isolfin.com or by phone at +33 6 42413055