The work takes place in the Piomboni shipyard in Ravenna, Italy, and focuses on the construction of the “jacket” type foundation of the Fécamp offshore wind station.

Once the wind farms are complete and fully operational, the park will consist of 71 turbines installed between 13 and 22 kilometres from the continent.

Other work concerning the anticorrosive preparation for the foundation intended for the Saint-Nazaire wind farm will be composed of 80 turbines located 12 km from the coast. These will be fully operational by 2022, therefore, making it the largest offshore wind farm in the world.

Although they already operate in the Saint-Nazaire shipyard, this is a new project for ISOLFIN in the renewable energy sector. Continuing the policies in the energy transition of its activities and its services which are focused on sustainability while also including the rehabilitation of polluting production sites.

MOSE (Experimental Electromechanical Module) is a project intended to protect the city of Venice from flooding.

It is an integrated system consisting of rows of mobile gates installed at the entrance of the Venetian lagoon that are able to isolate the Venetian Lagoon temporarily from the Adriatic sea during high tides.

MOSE is flexible and can be operated in different ways according to the characteristics and height of the tide.  On 3 October 2020, the MOSE was activated for the first time in the occurrence of a high tide event, preventing some of the low-lying parts of the city (in particular piazza San Marco) from being flooded.

ISOLFIN delivered the insulation and anti-corrosive protection of this key infrastructure to protect the city of Venice, one of the marvel of the world

ISOLFIN CEO Marco Nori talks about digital transformation and the new challenges pf the market in this interview for SAP.

The goal was to exploit the potential of Digital Transformation to make the work more agile, reduce costs, more efficient and be able to export globally the same business model. Thanks to SAP S / 4HANA Cloud and the support of Engineering, Isolfin was able to reorganize and improve its processes, optimizing the management of data and projects, as well as simplifying their operations.

The Venice biorefinery is the first case in the world of conversion from a traditional refinery.

Since 2014, approximately 230,000 tons of vegetable oils have been processed and converted here every year. From 2024, thanks to a further upgrade, the processing capacity is expected to be augmented, with an increasing share of raw materials from food production waste, such as oils, animal fats and other advanced by-products.

To win the challenge of the energy transition it is crucial to make the best of the existing industrial apparatus. This is why we insist on remediation, recycling and conversion.

This refinery was opened almost 50 years ago and the insulation and anticorrosive protection treatment was delivered by Isolfin which therefore followed the entire life cycle and renewed the multi-specialist maintenance contract with Eni (scaffolding, insulation, painting, passive fire protection, reclamation and much more) up to 2023.

From tomorrow you will find ISOLFIN at Ecomondo in Rimini. Make sure you visit our booth C1/015 to know more about our services of land reclamation, plants and equipments, asbestos decontamination and much more.
ISOLFIN® is engaged in social and environmental sustainability of its activities. The company is member of Cisambiente, the Italian confederation that brings together those companies that show a commitment to protecting the environment and sustainable development. Furthermore, ISOLFIN®, has signed in the Inclusive Capitalism chart, committing to work to extend the benefits of the economy to everyone and build a sustainable future for generations to come. 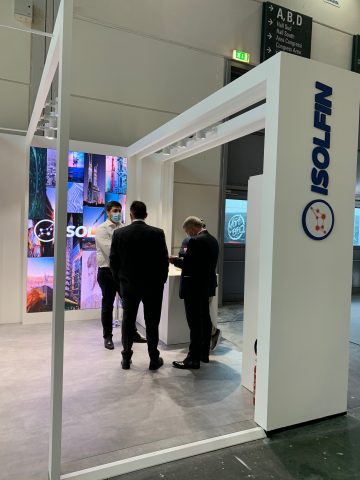 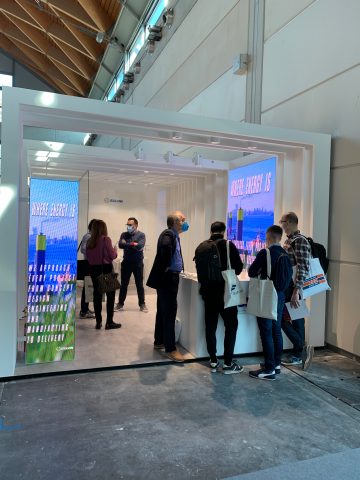 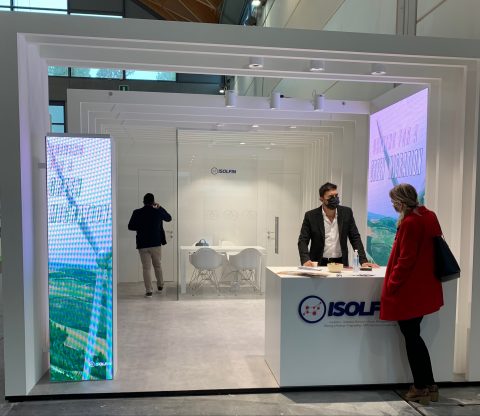 With fine dining, top-notch shows and entertainment, astonishing and rushing attractions, Symphony of the Seas was designed for luxury cruises. She was made in France for Royal Caribbean International and is the largest passenger ship ever built.

362 meters long, almost 50 meters wide and just over 70 meters high and with a weight that exceeds 220,000 tons, she is part of the “Genesis” Project together with the other three sisters of the Oasis class.

For this wonder, Isolfin delivered the insulation, anticorrosive protection and fire proofing services.

One of Libya’s largest offshore oil and gas facilities: the Sabratha platform.

Part of the platform was built in Arbatax, Sardinia, and Isolfin, from 2005 to 2020, delivered insulation, anticorrosive protection, fire proofing and maintenance services.

The Sabratha platform is located 110 km from the Libyan coast. It is one of the largest offshore oil and gas plants in Libya, anchored to the seabed at a depth of 190 meters and equipped with all the necessary facilities for the separation and treatment of the gas produced in the Bahr Essalam field. Equipped with a heliport, it shelters 120 people on board.

The Teodora energy plant was designed in the 50s and recently converted into a combined cycle thermoelectric plant. Isolfin delivered all the insulation services.

Located in Ravenna, it has a power of over 700 megawatts and is one of the largest power plants of its kind, as well as one of the most modern Enel facilities.

Designed in the late 1950s by Ignazio Gardella, the plant was converted to a thermoelectric power station at the beginning of the 2000s. This resulted in reducing emissions and increasing efficiency.

The isolation of the Teodora power plant was managed by Isolfin since its construction in the 50s and along the conversion in the 2000s, covering the entire lifecycle of the plant.

An amazing picture from one of the most ambitious European structural projects: the Braila bridge in Romania. ISOLFIN participates with its insulation services.

Passionate of Disney classic?! Did you know that it offers family cruises? Isolfin delivered the insulation for these four wonders

An unforgettable travel on the seas, the Disney Cruise Line has been offering families magic experiences for over ten years with dream cruises on its four vessels.Disney Fantasy, Disney Dream, Disney Wonder, and Disney Magic: we present the Disney fleet specialized in family-themed cruises. The destination of these four wonders? Caribbean, Alaska, Mexico! There is no shortage of activities on board in full Disney style, with a cooking class at the Remy of Ratatouille, areas for adults for the eternal Peter Pan, and unforgettable pictures with the much-loved princesses.

Isolfin has delivered insulation services for these four wonders and has followed-up with their maintenance over the years.