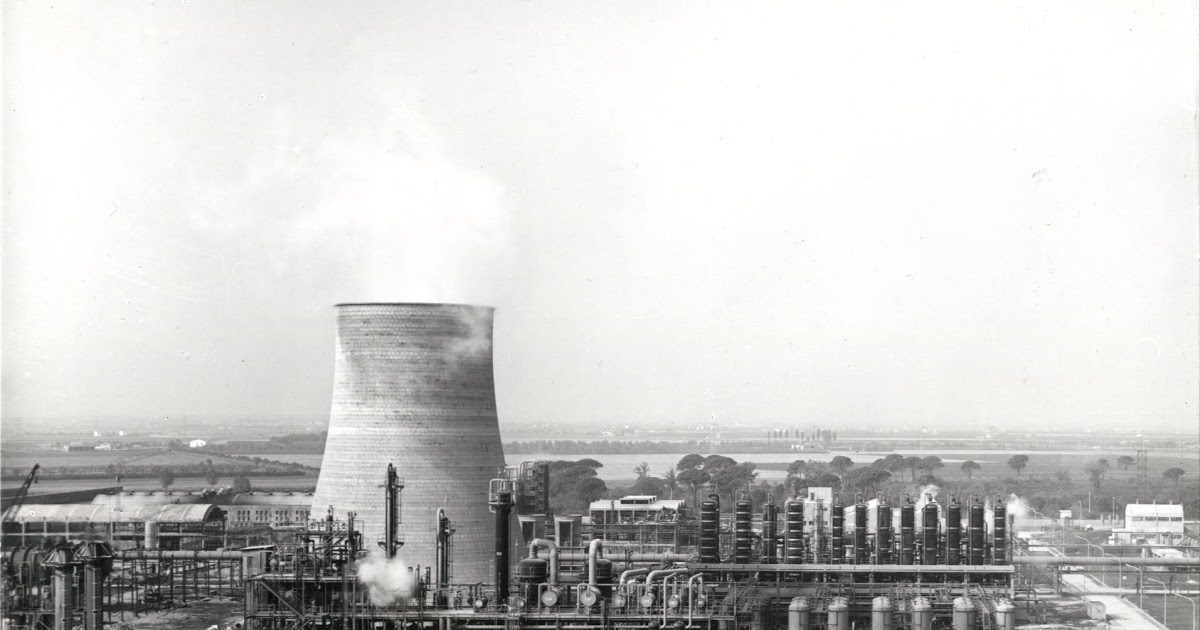 60 YEARS OF ISOLFIN. Works that have marked history.

Ravenna. A town of fisherman and farmers during the 1950s, but contained a new wealth still to be exploited: methane.

This wealth led to the construction of the “Giant of Ravenna”, one of the largest chemical plants in Europe that Enrico Mattei, first President of ENI (National Hydrocarbons Authority) conceived, entrusting it to ANIC under the direction of capable engineers.

The petrochemical complex used methane gas discovered in the Po Valley and offshore Ravenna, gas which was used for the first time to manufacture chemicals. The activity was hectic given that the factory was constructed on marsh land, rendering every movement challenging, and more than 5,000 highly specialized workers were employed to start the production later that year. The deadline was met and within two years all was up and running – surprising both the Italian and foreign industrial communities.

Ravenna had changed. It was now the cradle of a mighty modern petrochemical plant, based on methane, discovered in the sea and in the hinterland. The Italian “miracle” of the 1950s led to the record for the first production of cold SBR synthetic rubber in Europe, along with fertilizers and other chemical products.

During this exciting time, Isolfin looked after the insulation works of the Ravenna plants and became a trusted reference point in the following years.